The Empathic part of my knowing started as I felt the feeling of overdose in my gut. Then, I saw the sign of charcoal, and, I saw the word ACCIDENTAL over my head. I knew then she, the yellow bug girl, was no longer here.

The girl in the yellow bug drove down the dirt road, passing my car on her way out to town. As she waved and smiled, I wondered if that was her new car and decided it suited her.
I find it sort of odd how you can live so close to someone and know who they are, yet not know them, the real them. What I knew of yellow bug girl was that she was kind and compassionate. She took care of others every day at her work. I witnessed her taking care of our Nana. When Nana was moved to the nursing home from her town to be closer to our home, yellow bug girl came in to the room with a smile. She was there to help Nana out of her wheelchair. I remember the feeling of being relieved after we saw yellow bug girl working that day, the fact that someone we knew was watching over Nana gave us peace of mind.
Yet, we really did not know her…

The phone woke me from a restless night’s sleep. It felt like I had just fallen back asleep when that call came in. As I sit here now, in my bed not sleeping again, I am pondering, not only about today, but also the past few years. My mind is flooded with memories of when I first recognized Spirit’s voice. How grateful I am for this Spiritual gift of talking through the veil to loved ones, Angels, and guides.

Jason was on the other end of the phone as I answered in my sleepy voice, he gave me instructions to wake his brother Casey NOW and send him to the neighbor’s house, someone was not breathing. Without thinking, I jumped up and scrambled out of our room yelling back to my husband to wait one minute. He was asking what was going on and I was on a mission to get the message to Casey. As I headed up the stairs calling his name, he came out of the bathroom with Riley, our 3 year old granddaughter. Riley had woken up early, knocked down the gate at her door, and was looking for toys with which to play. Casey had heard her and got up to see what mischief she was causing. Riley announced, “I have to pee!” So, Casey had escorted her to the potty just as I was calling his name. He grabbed his shoes and ran out the door. Riley came running out of the bathroom ready to start her day…. at 6:30 am! I scooped Riley up and went back down to my husband explaining what was going on. We both looked at each other knowing the severity of the situation.

Had I not been connected to Spirit a few years back when my youngest child Molly was struggling is the thought just in front of my face tonight. We can all be open to Spirit’s guidance. When honored and respected, our gifts can serve and heal. Our talents can help us create a life of balance and love. It can help us flow with abundance.

Abundance is free for all of us to receive.

My boys are Earth Angels. They serve their community and country by volunteering their time. I can remember when my oldest son became a firefighter. I was in awe of his choice to join the firehouse. I was not sure even know where he got the idea to become a fireman. He loved his firetrucks when he was little, though. He would call them “firefucks” with a Boston accent! We do not understand where that came from! Jason is a leader with heart.

Casey joined the firehouse a couple years later when he was old enough. Casey is strong in areas that amaze me. He instinctively knows how to separate his emotions from this work. He is passionate about helping others. Casey amazes me with his strength, compassion, and knowledge.

After we had heard the news of yellow bug girls passing, we talked to Casey about what happened earlier that morning when he was able to revive yellow bug girl. I asked him if it was hard because he knew her and her parents. He said in few words as possible, which is so Casey, that he separates personal feelings from work. He did a job and that was all there was to it.

Other members of the firehouse came that day. They came to support their fellow brother, they came because that is what you do. They have a code; follow and stand by each other. I am grateful for those men and for their code!

We prayed for our boy and for the girl he was trying to save. We prayed for her parents and her only brother.

My husband had felt her leave, but was confused when the ambulance left because that signaled that she was alive… I explained what the Angels had shown me. I explained that she was in between being here and being in the veil. Her body was brought back to life but her soul was not all the way in her body.

We stood outside as the firemen and their vehicles left. Her parents followed the ambulance. It was a scene and feeling I won’t soon forget.

Casey had done his job as if it were any other day. The yellow bug girl’s father came over one day to express his gratitude toward Casey. He wanted to thank him in person for giving the family time to gather and say their goodbyes. With tears in his eyes he walked away, he turned and said, “Is he okay? I want to make sure Casey is okay.” His expression of concern, the tears welling in my eyes, he spoke through his tears, “He knew just what to do, he came in, and knew what to do.” I nodded; a heartfelt yes.

Yellow Bug Girl may have overdosed, but she lived and she was a beautiful person. She had a life filled with confusion and some pain. She self medicated with different things that gave her the happy feeling for which she was searching. It was a false sense of happy, which never lasted long and had a crashing down effect afterwards.

In death she is at peace, going to spiritual school. She has a sense of balance she did not have on Earth. She is still smiling, but now is filled with love she did not know before. She loves her family and wants them to know she is sorry that they had to find her in that way which they did. She did not mean to take her life, it came with the not being able to stop herself.

In loving memory of the Yellow Bug Girl. 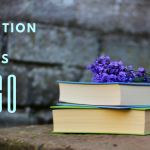 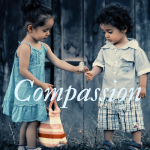